I love you, mostly. You’re my friend. But you posted a Facebook meme that’s been going around. It reads:

“Just because I am pro-choice does not mean I am pro-abortion. It means I understand your choice is none of my fucking business, and I will always fight for your right to choose.”

I understand and at a certain level agree with this, but deep down inside, in the painful pit where the embryo my girlfriend and I aborted forty years ago still lives, I hate you for saying that the choice we made was “none of your fucking business!”

END_OF_DOCUMENT_TOKEN_TO_BE_REPLACED

This morning on Facebook I saw this sentiment laid out as an inspirational graphic claiming Celtic origins:

Do not be daunted by the enormity of the world’s grief. Do justly, now. Love mercy, now. Walk humbly now. You are not obligated to complete the work, but neither are you free to abandon it.

It is not Celtic. I have also seen it cited to the Talmud. It is not Talmudic. I know this because I have used this epigram in sermons and I have researched its origins. I’ve not been able to find them and, because it is so widely disseminated now with the Talmudic claim, I think they are impossible to find.

END_OF_DOCUMENT_TOKEN_TO_BE_REPLACED 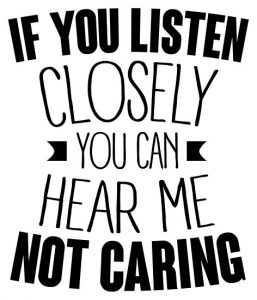 Friday (day before yesterday), I wrote about “acedia,” the deadly sin of spiritual torpor or procrastination, of not caring. It got me to thinking about “not caring.”

One of the things about parish ministry that surprised me early in my ordained career was the need to make decisions about things in which I had absolutely no interest. What color should we paint the ladies’ restroom? I don’t care. What should we have on the menu for so-and-so’s reception? I don’t care. Should there be just instrumental music or some sing-along carols before the Christmas service? I don’t care.

“I don’t care” was heard as “You’d best leave my church and never come back.”

END_OF_DOCUMENT_TOKEN_TO_BE_REPLACED 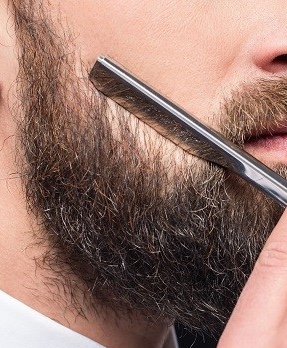 END_OF_DOCUMENT_TOKEN_TO_BE_REPLACED

For God so loved the world that he gave his only Son, so that everyone who believes in him may not perish but may have eternal life. Indeed, God did not send the Son into the world to condemn the world, but in order that the world might be saved through him. Making the rounds of Facebook these days is an anti-religious meme which basically equates religious teaching to child abuse. It says:

If parents constantly told their children:

“We will love you forever . . . as long as you do what we tell you to do and never disagree with our views. But if you disobey , we will make sure to torment you until the grinding of your own teeth makes you cry; we will lock you up in a dark place where you’ll be strangled by snakes, and we will see that you burn in a lake of fire.”

We would recognize it as child abuse.

So why do we keep thinking that, by outsourcing the job to a deity, it becomes something else?

There’s nothing in the meme which specifically mentions Christianity, but because members of our faith so often evangelize by fear, by threatening Hellfire and damnation on those who fail to convert, I’m fairly confident that we can assume the Christian faith to be the target. I wish it weren’t so and I wish I weren’t so sympathetic to the producers of the meme! But, let’s face it, there’s a good deal of really awful theology and really bad evangelism out there.

The truth, however, is that an awful lot (nearly all, in fact) of the mythology of Hell is not found in Holy Scripture. The English word Hell is derived from an ancient Germanic word (hel), which in Norse mythology named a place of eternal punishment. When the Greek Hades (used in the New Testament to name the place of dead) and the Hebrew terms Gehenna or Sheol (used in the Old Testament for the same purpose) were translated into English using this Germanic word, that resulted in a transfer of the pagan concept into Christian theology and its vocabulary.

Then along came poets like Milton and Dante and added all sorts of wonderful, fantastic, and clearly non-biblical imagery to the popular imagination — and, voila! — a full-blown picture of Hell featuring brimstone, lakes of fire, and tormenting demons ruled over by the fallen angel Lucifer, and inhabited by poor human souls condemned to an eternity of pain. One must admit that segments of the church have made full use of this as a scare-tactic mechanism to encourage conversions and to keep the faithful in line, but it was and is wrong to do so. Neither the New Testament Hades nor Old Testament Gehenna had any attached meaning of eternal torment; the Greek signified the place where all the dead, the good, the bad and the indifferent, were thought to go, while the Hebrew terms signified a place of disposal, a place of ending.

It is true that Jesus used imagery of an after-life fire to describe the punishment of unrighteous, but the implication is of annihilation and destruction, not eternal punishment. (See, for example, Matthew 13.) His parables, such as the tale of Dives and Lazarus (Luke 16), cannot be the basis of a theology of eternal torment; parables are metaphoric or analogic teaching tools of limited application and to stretch them beyond their immediate point is to misunderstand and misuse them.

This is especially so when we have his own direct testimony in the Gospel of John. Because of signs displayed in the crowds of many sporting events, many people are familiar with John 3:16 — “For God so loved the world that he gave his only Son, so that everyone who believes in him may not perish but may have eternal life.” And many of us were required to memorize this verse in Sunday School. Few, however, know or memorize the next verse — “Indeed, God did not send the Son into the world to condemn the world, but in order that the world might be saved through him.”

The meme, so far as it goes, is accurate. There is way too much bad theology threatening people with Hellfire and damnation; to my way of thinking, any such theology is too much. But the meme is as wrong as those who promulgate the pagan mythology of Hell as a part of the Christian faith. It isn’t and we need to expunge it from our theology and from our vocabulary.

In a word, Hell can go to Hell!

Maimonides on Truth – A Meme Euripides on Friends and Relatives

Euripides (c. 480 – 406 BC) was an Athenian playwright, a great dramatist known for tragedies with very unhappy endings. Some of his plays are so tragic that they have been described as “almost unbearable,” and Aristotle called him “the most tragic of poets.” Apparently, however, he had a comic side, as well.