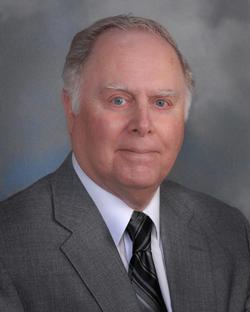 As my parishioners know, I often find the images invoked by poets comforting and illuminating in times of grief.

Ronald Stuart Thomas, usually called simply RS Thomas, is generally acknowledged to be one of the greatest English language and European poets of the 20th Century. He was an Anglican priest serving in the Church in Wales. No less a person than the Most Rev. Barry Morgan, Archbishop and Primate of the Church in Wales, has said of Thomas that he

. . . articulate[d] through his poetry questions that are inscribed on the heart of most Christian pilgrims in their search for meaning and truth. We search for God and feel Him near at hand, only then to blink and find Him gone. This poetry persuades us that we are not alone in this experience of faith – the poet has been there before us. (BBC News, RS Thomas centenary celebrated by Bangor Cathedral service)

When Thomas’s wife of 51 years passed away in 1991, he published a multi-part poem entitled Mass for Hard Times. I would like to read for you the section entitled Gloria:

In Thomas’s first lines, I find an echo of the words of St. Paul in our epistle reading today from his Second Letter to the Corinthians, “Even though our outer nature is wasting away, our inner nature is being renewed day by day. For this slight momentary affliction is preparing us for an eternal weight of glory beyond all measure.” (2 Cor. 4:16-17)

Those of us who like Nevada have known cancer in ourselves, or like Roberta and their sons have known it in our loved ones, know all too well that “our outer nature is wasting away,” that (as Thomas put it) the body is at its meal’s end. There is no gentle or genteel way to put it: cancer is not an easy way to die. I don’t know that there is an easy way to end life, but if there is one, cancer isn’t it. That Nevada fought the disease as valiantly as he did and with his characteristic confidentiality, on might even say secrecy, is testament to both his strength of will and his private faith, to what St. Paul might have called his “inner nature . . . being renewed . . . for an eternal weight of glory.”

Our first reading was from the Prophet Isaiah; it is that portion of scripture with which Jesus began his public ministry, taking the scroll from the attendant and reading these same words in his hometown synagogue in Nazareth, and concluding with the declaration, “Today this scripture has been fulfilled in your hearing.” (Lk 4:21) In it we are told that the Messiah’s mission is to proclaim freedom to the captive. In Thomas’s poem he gives glory to God because the captive “has found the liberty that eluded him while he was free.” He must refer, I am sure, to the liberty from the pain and suffering of chronic disease that comes with physical death.

But physical death is not the end of life. As Paul wrote in his First Letter to the Corinthians, through the death and resurrection of Jesus Christ, physical death, “the last enemy,” has itself been destroyed (1 Cor 15:26) Christ “overcame death and the grave, and by his glorious resurrection opened to us the way of everlasting life.” (BCP, page 377) As the preface to the Eucharistic Canon which we will pray in a few minutes says, to God’s “faithful people … life is changed, not ended; and when our mortal body lies in death, there is prepared for us a dwelling place eternal in the heavens.” (BCP, page 382) As Jesus promised in our reading from the Gospel of John, “Very truly, I tell you, anyone who hears my word and believes him who sent me has eternal life, and does not come under judgment, but has passed from death to life.” (Jn 5:24)

I am intrigued by the poet Thomas’s penultimate stanza:

Because when we count we do not count
the moment between youth and age,
Gloria.

When we think of all that passes between youth and age, when we (as we do at requiems like this) look back over the life of a friend and loved one and take stock of all that someone like Nevada Johnson was and did – student, law student, member of the Bar, captain in the Army and decorated hero, son and brother, lover and husband, father, fellow follower of Christ, volunteer in his community, hospital board and zoning commission member, historical society founder, and so much more – it is difficult to comprehend what Thomas means calling it a “moment” that “we do not count.”

But then I return to St. Paul and today’s epistle reading in which he refers to this earthly life as a “slight momentary affliction,” and I am reminded of the Psalmist’s declaration of how fleeting life is, that life is but “a few handbreadths” and “everyone stands as a mere breath.” (Ps 39:4-5)

In contrast are the promises of Isaiah that good men like Nevada (and, we believe, all of us through the grace of God) “will be called oaks of righteousness, the planting of the Lord, to display his glory,” and of Paul that this “weight of glory beyond all measure” will be eternal. As the Gradual Psalm which we recited together says: “The Lord shall preserve [us] from all evil; it is he who shall keep [us] safe. The Lord shall watch over [our] going out and your coming in, from this time forth for evermore.” (Ps 121:7-8; BCP, page 779) It is as Jesus promised: we have passed from death to life eternal.

In his First Letter to the Corinthian Church, Paul wrote, “When this perishable body puts on imperishability, and this mortal body puts on immortality, then the saying that is written will be fulfilled: ‘Death has been swallowed up in victory.’ ‘Where, O death, is your victory? Where, O death, is your sting?'” (1 Cor 15:54-55) Death has no victory; death has no sting. Death is nothing.

The Rev. Canon Henry Scott-Holland, a priest at St. Paul’s Cathedral in London, preached sermon entitled Death the King of Terrors while the body of the late King Edward VII was lying in state at Westminster Abbey in 1910. His point in that sermon was that death is neither a king nor a terror. In it, he offered this meditation:.

Death is nothing at all. It does not count. I have only slipped away into the next room. Nothing has happened. Everything remains exactly as it was. I am I, and you are you, and the old life that we lived so fondly together is untouched, unchanged. Whatever we were to each other, that we are still. Call me by the old familiar name. Speak of me in the easy way which you always used. Put no difference into your tone. Wear no forced air of solemnity or sorrow. Laugh as we always laughed at the little jokes that we enjoyed together. Play, smile, think of me, pray for me. Let my name be ever the household word that it always was. Let it be spoken without an effort, without the ghost of a shadow upon it. Life means all that it ever meant. It is the same as it ever was. There is absolute and unbroken continuity. What is this death but a negligible accident? Why should I be out of mind because I am out of sight? I am but waiting for you, for an interval, somewhere very near, just round the corner. All is well. Nothing is hurt; nothing is lost. One brief moment and all will be as it was before. How we shall laugh at the trouble of parting when we meet again!

And so we understand Ronald Stuart Thomas’s final stanza in the Gloria of the Mass for Hard Times:

Almighty God, with whom still live the spirits of those who die in the Lord, and with whom the souls of the faithful are in joy and felicity: We give you heartfelt thanks for the good example of your servant, Carroll Nevada Johnson, Jr., who, having finished his course in faith, now finds rest and refreshment. May we, with him and all who have died in the true faith of your holy Name, have perfect fulfillment and bliss in your eternal and everlasting glory; through Jesus Christ our Lord. Amen. (BCP, page 503, modified)