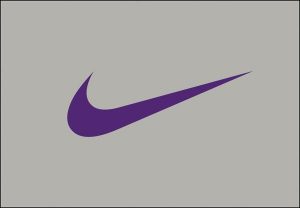 It wasn’t because of laziness that I failed to write. I was busy all day, not lazing about. I did laundry, washed dishes, went to physical therapy, picked up some things at the grocery store, and walked the dog several times. I wasn’t just sitting around watching television and eating bon-bons. I was busy doing everything but write, doing everything but living up to the Lenten task I had set for myself.

But I am going to ask myself why I didn’t and I’m going to try to answer … I think the reason I didn’t is what the early hermit monks called “acedia” – some call it “sloth”, others equate it to “procrastination” – it is the doing of everything but the one thing one is supposed to be doing, particularly when that one thing has a spiritual or religious dimension. That’s what I was doing, not attending to the one thing I was supposed to be doing according to my own spiritual commitment.

The literal meaning of “acedia” is “not caring.” I wish I knew what the answer to it is, but I don’t. If I did, I wouldn’t have failed to write in this journal yesterday. I suppose the answer to not caring is to follow through and do the disciplined thing one doesn’t care to do. The answer to my not writing would simply to have been to put actual butt in chair and figurative pen to paper, fingers to keyboard. “Just do it!” as the sports equipment advert says.

That’s what I’m doing today. I don’t feel like writing (and I suppose it shows) but I’m doing it anyway, butt in chair, fingers on keyboard. Faking it till I make it … acting as if I had an interest in doing so. That’s a cognitive therapy technique I learned when battling depression and, frankly, it’s something that’s gotten me through many days and many situations. I’ve sat through many church board meetings, at many parishioner kitchen tables, in many hospital rooms, acting as if … I don’t think I’m alone among clergy doing so. “Just do[ing] it!”

That’s maybe why we have Lent. Six weeks of just doing it, of faking it, of acting as if, so that when Easter gets here we can, we hope, actually experience joy. Perhaps that sporting equipment company’s “swoosh” logo should be the symbol of this season. Lent: Just do it!