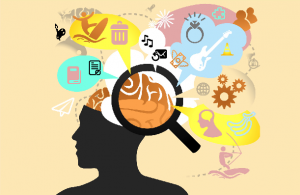 So, typical of me, I let the Lenten discipline slide and didn’t write anything in this journal yesterday or the day before. In my defense, the first day was dominated by the “prep” for a colonoscopy and yesterday the procedure was done early in the morning; I spent the rest of the day sleeping off the Propofol used as anesthesia during the procedure.

That’s one of the drugs used in the capital punishment “cocktail,” by the way. One minute I was watching the nurse inject the stuff into my IV line; the next, I was in a different room, my wife at my bedside conversing with the gastroenterologist about radiation damage to my colon (that damage being a sequela of my treatment for prostate cancer). The rest of the day was spent mostly in a fog of unthinking, which is not the same thing as the cloud of unknowing by a long shot!

Anyway, I didn’t write anything while drinking and shitting out a gallon of electrolytes, or while wandering through that fog. Probably a good thing.

But I did have a conversation with Evelyn about elementary school. I don’t know how we got onto that topic, but we did. My wife has a phenomenal memory for people and names; she can name and tell you about every teacher she ever had. I can’t. I loved my kindergarten teacher but I can never commit her name to memory. I looked it up on the internet again and can tell you today that it was Doris Hancock, but in a few days that bit of data will disappear again.

I cannot recall a single fact about First Grade; nothing! That was the school year after my father died. I have no recollection of anything about that year, at school, at home, anything except one incident: having my tonsils and adenoids surgically removed. I remember the ride to the operating room in a hospital bed, going up (or maybe down) in a large elevator, and I remember a gas mask being put over my face for anesthesia. I remember the mask being a sickly green color. I have no other memories of the year I was six years old.

My Third Grade teacher was Mrs. Keefe. I hated Mrs. Keefe. She had been (nearly ten years before) my older brother’s teacher. She never seemed to tire of asking, “Why can’t you be like Rick?” I hated that and I despised her! Fortunately, we moved half-way through the year and I started attending a military boarding school where I had several teachers, not just one. I don’t remember any of them, but I remember Mrs. Keefe.

This morning as I was walking with the Archbishop along the path by the neighborhood pond, I got to wondering about memory, the extent to which memory creates us and the extent to which we create memory. I don’t mean the process of filing away the facts of our lives, but rather the imaginative process by which we fill in the gaps between facts, like the colors of Mrs. Dougherty’s dress or of the anesthesia mask. And I wonder why there are gaps that we never fill in, like my constant forgetting of Mrs. Hancock’s name. I know I have looked it up on several occasions and I know that I have forgotten it again every time, that is why I expect that to happen again.

Memory is not simply the recording and recalling of facts. Memory is also an act and product of imagination. There is a story about my brother wearing a cowboy get-up that, for many years, was a staple of every family reunion. I know that story; I can see the place where it happened and the faces of the people involved. I have a vivid mental picture of my brother dressed as a buckaroo. I remember the event with crystal clarity. The only problem with that is that the event took place about four years before I was born.

A former bishop used to say that the ministry of the priesthood was to be the holders of the church’s memory. I think he was right. Priests are the stewards, the curators of Christ’s story, and our job is to refresh the church’s recollection of that story through the celebration of the mass. Throughout the week, “the world, the flesh, and the devil” do their damnedest to dis-member Jesus, to tear apart his memory and his community. On Sunday, we gather the church around God’s throne, the communion table, to re-member our Lord, to recall his presence among us once again, and live the story as we recall it.

Lent, it seems to me, is a longer time when each of us does more deliberately the same thing. In our own disciplines, whatever they may be, we enter into Jesus’ forty days of desert fasting. In an act of imagination, we remember vividly the places in Palestine, the faces of Jesus, the devil, the animals, and the angels; we recall a story that happened before we were born, but which is nonetheless our story.

I don’t know if Mrs. Dougherty ever wore a maroon business suit, but she will always do so in my memory. I don’t what color the anesthesia mask was when my tonsils were removed, but for me it will always be green. I may not have been there when Rick wore his cowboy suit, but I will always cherish the memory. I wasn’t alive when Jesus endured his temptation and his fast, but it will always be my story.