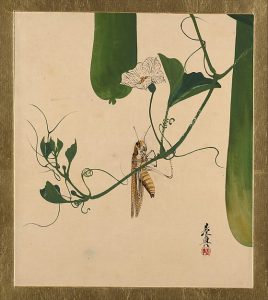 At the winter convocation this weekend our music keynoter, Ana Hernandez, taught us those words as a tract to chant before the reading of the Gospel. As we chanted them, I could not help but remember the first words of our lesson from the prophet Isaiah this morning, the pleading questions:

It is easy to read those questions, asked (says the Prophet) by God of God’s people, in what I call “the voice of parental frustration.” All of us who are parents have used that voice; all of us who are children have heard that voice. The people of God have heard that voice for centuries; it is the voice of what G.K. Chesterton called “the furious love of God.”[3] It is the voice of what the often-maligned conservative Christian author Eric Metaxas once called “a love that pursues even when the pursued is hurling insults at the pursuer.”[4] I suspect that a lot of parents have known that feeling, the feeling of being insulted by the one we love unconditionally.

That is where God is in the 40th chapter of Isaiah, the first chapter of what scholars call “Second Isaiah.” Where chapters 1 through 39 seem to have been written before the Babylonian exile, chapters 40-48 appear to have been written about 200 years later, after the exile, by a new author whose work was simply added to the earlier prophet’s. These chapters open with words which, if not familiar to us from Scripture, are known to many from Handel’s Messiah:

Comfort, O comfort my people,
says your God.
Speak tenderly to Jerusalem,
and cry to her
that she has served her term,
that her penalty is paid,
that she has received from the Lord’s hand
double for all her sins.[5]

But these words of comfort fall on deaf and despairing ears, leading the Prophet to ask in God’s name, “Why do you say, O Jacob, and speak, O Israel, ‘My way is hidden from the Lord, and my right is disregarded by my God’?”[6] The exile had induced in God’s people a sense of distance from the Divine and a spiritual weariness. It is no wonder that God speaking through the second Isaiah seems to plead like a loving but frustrated parent, “You believe this, don’t you? You trust Me, don’t you?”

Let me hasten to add that God’s apparent frustration, however, is not disappointment! As Jonathan Merritt, who writes for The Atlantic and for Religion News Service, has said,

God is never disappointed with us. But I think God may often get disappointed for us. He wants the best for us—lives of joy and abundance and fulfillment—but He recognizes that we often choose paths that lead us away from those gifts.[7]

And I think one of the reasons Israel may have chosen a path leading away from God’s gifts, a reason that all of us choose such paths, is not a lack of understanding; it is a failure to listen. As Ana Hernandez’ chant says, we should “listen to the word which God has spoken, listen even if [we] don’t understand,” because the truth is that we will never fully understand, at least not in this life. “For now we see in a mirror, dimly, but then we will see face to face. Now [we] know only in part; then [we] will know fully, even as [we] have been fully known.”[8]

The great medieval theologian, St. Anselm of Canterbury, wrote: “For I do not seek to understand so that I may believe, but I believe so that I may understand. For I believe this also: that unless I have believed, I will not understand.”[9] And in order to believe, we must listen! As Paul wrote to the Romans, “How are they to believe in one of whom they have never heard?”[10]

About the time I was pondering this reading, my friend the Rev. Elizabeth Kaeton, a health care chaplain, wrote on her Facebook page, “It’s one thing to be listened to. It’s another to be heard. It’s wonderful to be heard.” And that got me to thinking about these two words, these two verbs: “to hear” and “to listen”.

In one sense, “to hear” does not mean anything more than to sense sound. In another sense, it means to understand.

Here’s a thing that happens with me: When I get deeply immersed in some task, in reading a book or studying a website or working on a financial sheet, I sort of shut out all external stimuli. There may be music playing; there may be bird’s singing; there may be the sound of wind outside or the air conditioning system inside. Somehow, I shut all of that out; I don’t pay it any heed. If someone else in the room or in the next room begins talking to me, their words are like the bird song or the wind or the air conditioning. I may hear them in that first sense, but I don’t understand them.

What happens is . . . “Blah blah blah blah blah that telephone call today.” I initially hear the sound but because I’m not paying any attention, my brain doesn’t process it as communication. At some point, though, some unconscious process says, “Oh that’s human speech” and turns on my receiver and I begin to hear the words not merely as sounds but as words. I begin to listen, not merely to hear. And then the issue becomes one of understanding. I have heard, then I started listening, but understanding requires that I ask the person to repeat themselves. “What?” I say, “I’m sorry I didn’t hear what you said.”

I don’t think I’m alone in this. Jonathan Swift, the dean of St. Patrick’s Cathedral in Dublin, Ireland, in the early 18th Century, was a wickedly sharp satirist. He wrote a fantasy you all must surely know of entitled Gulliver’s Travels[11] in 1726. It tells the tale of Lemuel Gulliver, a surgeon and later sea captain, who journeys to several far-off and fantastical lands. Most people are familiar with his first journey to Lilliput, the land where the people are very tiny, less than six inches tall, and his second voyage to Brobdingnag, the land in habited by giants who stand some 72 feet in height. Less well known is his third journey which includes a visit to the land of Laputa, a flying island inhabited by people who are devoted to the arts of music, mathematics, and astronomy.

Laputans are so distracted with their deep thoughts about these subjects that they need to be reminded of what they are doing at any given time. Therefore, the Laputan nobility are always accompanied by a servant called a “flapper” who carries a kind of rattle at the end of a long stick, also called a “flapper,” with which they slap the ear of their master or mistress when he or she needs to be listening to something. In her presentation about music and song and chant this weekend, Ana Hernandez, admonished us, “Don’t believe everything you think,” and she went on to say that sometimes what we “think” prevents us from appreciating what really is. Like the Laputans, our deep thoughts prevent us from hearing and then from listening to and then from really hearing what is said to us.

I admit that there are many times when I could use a “flapper” to call my attention to what I need to be listening to and really hearing . . . and that in a way is the ministry of the Prophets like Second Isaiah. They called Israel’s attention to the word of God to which they needed to be listening.

Christopher Seitz, an Episcopal priest who teaches at Wycliffe College in Toronto, Canada, in his commentary on Second Isaiah, in The New Interpreter’s Bible, writes:

We know from earlier passages in Isaiah that an entire generation in Isaiah’s lifetime had their ears shut and their eyes closed . . . . [I]n chapter 40 a new generation is appealed to in the strongest terms: to listen and see and know again, for God’s word does not require assent to remain true and abiding. Of its own nature, it is that. It stands forever (40:8). It was not that an entire generation did not have God’s word present and alive around them; they did, and Isaiah continued to bear witness even as the word went unheeded. It was that the word was not heard, received, heeded in the manner God intended. Possession of God’s word turned from joy to judgment.

What a strange, but accurate, perception it is that our ears must be opened to hear aright; hearing is more than sound waves bouncing off our inner ear, seeing more than light refracting off print. Each generation must be taught to hear and see God. This reality stands at the absolute center of the book of Isaiah, as it moves from one epoch to another. It gives one pause to realize that it is more than possession of the right text or mere proximity to the word of God. A switch must be flipped, and no human hand can touch it. Isaiah lived with that reality day and night. It is no accident that as a new epoch begins, it begins with sustained speech by God, the only one capable of flipping that switch . . . .[12]

The people of God, both in Second Isaiah’s time and in our own, are to hear, receive, and heed God’s word, even if we do not understand it. Remember, again, what Paul wrote to Corinthians, “[N]ow we see in a mirror, dimly, but then we will see face to face. Now [we] know only in part; then [we] will know fully, even as [we] have been fully known.”[13]

A friend of mine says that her favorite prayer mantra is, “I thank God that God is God, and I am not.” Second Isaiah alludes to this when he compares humankind to insects: God, he says, “sits above the circle of the earth, and its inhabitants are like grasshoppers.”[14] It’s not a terribly flattering analogy, but it might perhaps be a comforting one. It reassures us that our understanding is not required; that the salvation of the world, even our own salvation, is not dependent upon us. There is much that is, but the world’s redemption is not.

Poet Michael Coffey sounds that same note in his poem Have you not known, grasshopper?

What a relief and what a cause
of humility right down to my exoskeleton.

The shaping of the earth
and the timing of the rains

does not depend on me
a grasshopper in the field of the world.

and stop and take notice with my compound eyes
of the sun, the sky, the muscle and immodesty of kings

and with my mandibles in full song
let praise and protest rise up above me.[15]

“Have you not known?” asks God through Second Isaiah, “Have you not heard? Has it not been told you from the beginning? Have you not understood from the foundations of the earth?”[16]

This homily was offered by the Rev. Dr. C. Eric Funston on the Fifth Sunday after the Epiphany, February 4, 2018, to the people of St. Paul’s Episcopal Church, Medina, Ohio, where Fr. Funston is rector.

The illustration is Grasshopper on Gourd Vine by Japanese artist Shibata Zeshin. It hangs in the Metropolitan Museum of Art, New York City, NY.

[4] Eric Metaxas, The Furious Love of God: A Story Behind the Black Mass, 2014, Breakpoint, online (Return to text)

[7] Jonathan Merritt, Does God Get Disappointed with Us?, Religion News Service, June 21, 2013, online (Return to text)