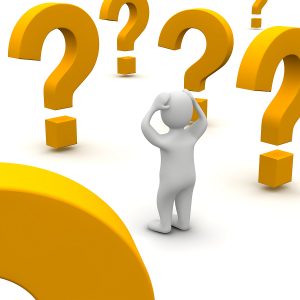 This is such a great set up! Here are these Greeks (whether gentiles or Greek-speaking Jews of the Diaspora is unclear) who want to meet Jesus. John tells us in today’s gospel lesson:

So the Greeks come to Philip (who apparently speaks Greek) and make their request. He goes to Andrew (another unclear thing: does he take the Greeks with him?) The two of them go see Jesus (with the Greeks?)

Now, how will Jesus respond?

If the Greeks are gentiles, will he respond as he did to the Syro-Phoenician woman in Matthew’s Gospel: “It is not fair to take the children’s food and throw it to the dogs.”[2]

Will he respond as he did in Matthew’s Gospel to the centurion who sought healing for his servant: “Truly I tell you, in no one in Israel have I found such faith.”[3]

If they are Jews, will he remind them of the Law as he did the rich young man who in Mark’s Gospel asked about eternal life: “You lack one thing; go, sell what you own, and give the money to the poor, and you will have treasure in heaven; then come, follow me.”[4]

Will he welcome them and invite them to eat with him as he did the tax collectors and sinners in Luke’s Gospel?[5]

John’s Jesus goes off on what seems an entirely self-centered tirade about glorification and grain dying and eternal life and his soul being troubled! John’s Jesus doesn’t respond to Andrew or Philip or the Greeks at all! I swear, there are times when Jesus as portrayed in the Fourth Gospel seems to be somewhere on the autism spectrum; his answers to inquiries are so far removed from the subject of the question one wonders if he even heard what was asked, or knows or cares who is asking. (This is one of those times!)

My seminary Greek and New Testament instructor Bill Countryman called Jesus’ strange, almost non-responsive, frequently offensive dialogs in John’s Gospel “obnoxious.”[6] In the book where he wrote that, Bill doesn’t really delve deeply into what he meant by that description, but as I have thought about it over the years I have come to believe that Bill might have been onto something even he (brilliant scholar that he is) might not have realized.

The usual meaning of the word obnoxious is “unpleasantly offensive” or “very annoying,” and to a certain extent that fits although it’s not a word we may be happy applying to Jesus. However, there is another, older meaning of the word which is “subject to the authority of another;” this is based on the Latin origins of the word obnoxiosus, “liable to punishment or harm.” Jesus hints at this in the text we read today: “What should I say – ‘Father, save me from this hour’? No, it is for this reason that I have come to this hour.”[7]

Jesus is subject to the authority of another, the authority of the Father, who has sent him into the world, as we heard in last week’s gospel lesson, “in order that the world might be saved through him.”[8] That is a pretty awesome responsibility! So, rather than give facile, routine answers like the scribes and the Pharisees, John’s Jesus gives these irritating, obnoxious responses that can almost be described as hallucinatory. They twist the reader’s understanding of reality and open the reader’s mind to new possibilities. Would you see Jesus? Then consider a kernel of grain and how its life increases even though it dies. Would you see Jesus? Then follow Jesus, do as Jesus does, do what Jesus teaches. Would you see Jesus? Then listen for the voice of the Father. Jesus’s obnoxious answers seem non-responsive, but they are gateways to new appreciations. They demand decisions.

“Now is the judgment of this world,” says Jesus.[9] As translated into English, this phrasing implies that judgment has already been rendered, a verdict rendered, a conclusion reached, a decree pronounced, like the judgments and decrees, the statutes and commandments about which today’s Psalm sings. But the Greek word is krisis, the root of our word crisis, and its principal meaning is to a point of decision, a time of separating alternatives and selecting one over the other. It is well, once again, to remember last week’s gospel lesson: “God did not send the Son into the world to condemn the world.”[10] Another way of understanding, perhaps a more instructive way of appreciating, what Jesus is saying is not that judgment has now been rendered against the world, but that now is the time for the world to make a judgment for itself. Now is the moment of crisis. Jesus is demanding a decision.

This is underscored by the timing and physical setting of the story of these Greeks who come asking to see Jesus. You wouldn’t know it from the way our Lectionary edits these verses out of Chapter 12, but this encounter comes immediately after Jesus’ Triumphal Entry into the city of Jerusalem, right after that event that we will commemorate next Sunday with our waving of palms in memory of the crowds who greeted Jesus with shouts of “Hosanna! Blessed is the one who comes in the name of the Lord— the King of Israel!”[11]

As John tells the story, Jesus has spent the night at the home of his friends Martha and Mary and their brother Lazarus, whom he had raised from the dead, in the village of Bethany to the east of Jerusalem on the slope of the Mount of Olives. He has then made his way into Jerusalem passing of necessity through the valley of Jehoshaphat which lies between the Mount of Olives and Jerusalem. Jehoshaphat (a Hebrew name pronounced “yeh-hoh-shah-faht”) is a compound word of two other Hebrew terms, Yahweh (one of the names of God) and shaphat (meaning “to judge” or “to decide”).

The setting underscores Jesus’ words, “Now is the judgment of this world;” now is the time for the world to make a decision. And the setting and Jesus’ demand call us to examine the whole process by which we make judgments in our lives. It seems to me that the image, “the valley of decision,” is a marvelous metaphor for decision-making. We speak of “mountain-top experiences” to describe those “Aha! moments” when insight or revelation comes upon us suddenly; the metaphor of passing through a valley seems an apt image for the alternative of the mundane judgments in which every person engages every day.

In his book Finding the Will of God, theologian Bruce Waltke writes, “Making decisions is at the heart of living.” Citing Dr. Eric Klinger, a professor of psychology at the University of Minnesota, he notes that “all of us face between three hundred and seventeen thousand decisions every day!”[14] In every one of those decisions we make the choice to “love [our] life [and thus] lose it” or to “hate [our] life in this world [and thus] keep it for eternal life,”[15] the decision whether or not to serve and follow Jesus, even the obnoxious Jesus of John’s Gospel.

So, how do people make decisions? How do we sift through piles of information without being overwhelmed by the plethora of alternatives? What are the factors that lead us in a certain direction? As I pondered the image of the “valley of decision,” I recalled my college days when a weekend away with friends usually meant a back-packing foray into the Anzo-Borrego Desert east of San Diego or the Agua Tibia Wilderness Area northeast of the city. Often these hiking excursions took us to places where few human beings had walked before; we had compasses and topological maps to guide us, but often there was no trail picked out by earlier hikers. We had to forge the trail ourselves. Often we found ourselves at the top of a hill overlooking a desert valley with no clear path. “How are we going to get down there?” was a frequent question.

Years after those college-day hikes, I went to graduate school and received a Master of Business Administration degree from the University of Nevada. Among the things we studied (and supposedly learned) were the steps of management decision-making. The decision-making process, we were taught, involves the following steps:

Standing at the top of a hill in the middle of the desert carrying a 50-pound pack at the end of a day of hiking, one does not stop to engage in that formal a process! Making our way downhill into the valley did mean carefully considering the path not only as a way down, but also as a potential exit route since we had no idea what we might find below or on the other side. In any event, however, we had to get down the hill, and we did so by making small, individual choices as we took each step down into the valley.

When we make big decisions, we do not have infinite resources and we frequently do not have a lot of time to gather information and analyze data. Furthermore, we human beings are significantly limited in the amount of complexity with which we can cope.

So even though we may try to make decisions on the basis of some formal, rational process, we often resort to simplifying assumptions; we accept that our information is limited; and we settle for a less-than-thorough analysis of available data. We constantly use simplifying and confidence-sustaining mental short cuts that psychologists call “heuristics”; these reduce the complexity of our decision making. They are like the small individual choices we hikers made step-by-step going down into those desert valleys.

When we reached the bottom of the hill, when we were down in the valley, we had answered the question, “How are we going to get down there?” We had entered into and reached the bottom of our “valley of decision,” made the decision, not in one grand effort of rational analysis and pre-planning following the logical steps of that graduate school management class, but simply by taking a series of small steps.

Life is like that. There are very few mountain-top “Aha!” experiences. There are a lot of valleys of decision and not a few steep hills of decision, as well. We go through life taking small steps down into valleys and up onto hills, reaching decisions we may not even realize we are making. Everybody does it! As the Prophet Joel wrote, “Multitudes, multitudes are in the valley of decision” every day.[17] Because, as Jesus promised Philip and Andrew (and maybe those Greeks), “Now – right now, in every moment – is the judgment of this world.”[18] Now – right now, in every moment – we have to make the decision whether or not to serve and follow Jesus, as obnoxious as he may sometimes seem to be.

This homily was offered by the Rev. Dr. C. Eric Funston on the Fifth Sunday in Lent, March 18, 2018, to the people of St. Paul’s Episcopal Church, Medina, Ohio, where Fr. Funston is rector.