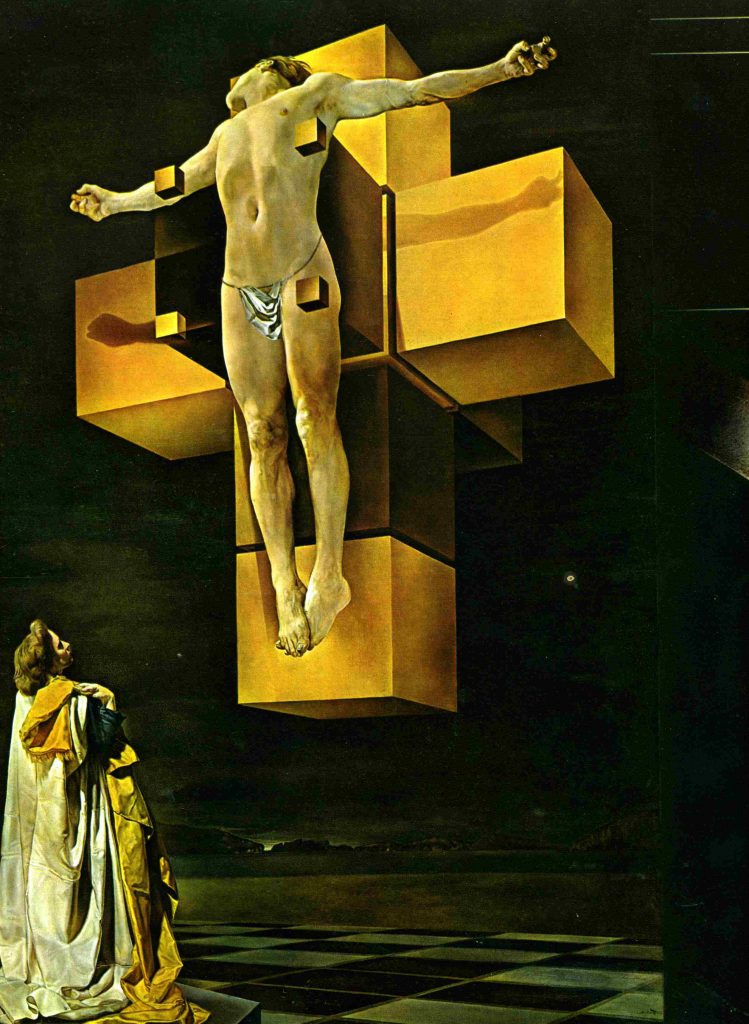 Sometimes I find myself at a loss for words. It doesn’t happen often, but once in a while I simply don’t know what to say about a person or an event or a spiritual feeling. On Good Friday, is one of the times when this happens. I don’t know what I want to say about Jesus or his crucifixion or the salvation we enjoy because of his death and resurrection.

When these speechless times happen, I find that turning to poets helps. I find that others have expressed that with which I am having such difficulty. So, today, I want to share three poems with you, actually part of an epic poem, a hymn, and a complete short poem. These aren’t specifically about Good Friday, but they give us some insight into this event, the Passion, death, and resurrection of Jesus Christ, and what it might mean for us.

The epic poem is The Everlasting Mercy written by John Masefield. Masefield was Poet Laureate of the United Kingdom from 1930 until his death in 1967. The Everlasting Mercy, written in 1911, is the story of a reprobate named Saul Kane, who converts from a life of sin to life in Christ. Saul, a belligerent drunk and a womanizer, is the poem’s narrator; the poem takes the form of an address to his fellow patrons at the Lion, a pub in London. In this excerpt, Saul tells how he came to recognize Christ as savior.

From “The Everlasting Mercy”
by John Masefield

Slow up the hill the plough team plod,
Old Callow at the task of God,
Helped by man’s wit, helped by the brute,
Turning a stubborn clay to fruit,
His eyes forever on some sign
To help him plough a perfect line.
At top of rise the plough team stopped,
The fore-horse bent his head and cropped.
Then the chains chack, the brasses jingle,
The lean reins gather through the cringle,
The figures move against the sky,
The clay wave breaks as they go by.
I kneeled there in the muddy fallow,
I knew that Christ was there with Callow,
That Christ was standing there with me,
That Christ had taught me what to be,
That I should plough, and as I ploughed
My Saviour Christ would sing aloud,
And as I drove the clods apart
Christ would be ploughing in my heart,
Through rest-harrow and bitter roots,
Through all my bad life’s rotten fruits.

O Christ who holds the open gate,
O Christ who drives the furrow straight,
O Christ, the plough, O Christ, the laughter
Of holy white birds flying after,
Lo, all my heart’s field red and torn,
And Thou wilt bring the young green corn
The young green corn divinely springing,
The young green corn forever singing;
And when the field is fresh and fair
Thy blessèd feet shall glitter there,
And we will walk the weeded field,
And tell the golden harvest’s yield,
The corn that makes the holy bread
By which the soul of man is fed,
The holy bread, the food unpriced,
Thy everlasting mercy, Christ.

The next piece is by William Rees, a self-educated Independent minister, writer, newspaper publisher, and political leader who lived in mid-19th Century Wales. It is a hymn from the Welsh chapel tradition, that is to say from the hymnody of the Welsh Nonconformists, members of Protestant religious groups whose predecessors refused to conform to the doctrine, discipline, and practices of the established Anglican Church. Their meeting houses were and are referred to as “chapels” rather than as churches, and their worship became known for its musical tradition, particularly for men’s choirs.

“Here Is Love”
by William Rees

Here is love, vast as the ocean,
Lovingkindness as the flood,
When the Prince of Life, our Ransom,
Shed for us His precious blood.
Who His love will not remember?
Who can cease to sing His praise?
He can never be forgotten,
Throughout Heav’n’s eternal days.

On the mount of crucifixion,
Fountains opened deep and wide;
Through the floodgates of God’s mercy
Flowed a vast and gracious tide.
Grace and love, like mighty rivers,
Poured incessant from above,
And Heav’n’s peace and perfect justice
Kissed a guilty world in love.

Let me all Thy love accepting,
Love Thee, ever all my days;
Let me seek Thy kingdom only
And my life be to Thy praise;
Thou alone shalt be my glory,
Nothing in the world I see.
Thou hast cleansed and sanctified me,
Thou Thyself hast set me free.

In Thy truth Thou dost direct me
By Thy Spirit through Thy Word;
And Thy grace my need is meeting,
As I trust in Thee, my Lord.
Of Thy fullness Thou art pouring
Thy great love and power on me,
Without measure, full and boundless,
Drawing out my heart to Thee.

The last is a short poem written by the German theologian Dietrich Bonhoeffer. Bonhoeffer was a Lutheran pastor in Germany before and during World War II. He was affiliated with that part of the German Protestant church which opposed Hitler and refused to cooperate with the Nazis; it was called “the Confessing church.” Bonhoeffer (like most of the Confessing church) was a pacifist; his pacifism, however, gave way to a growing conviction that to be faithful to Christ he had to oppose Hitler in the strongest way possible. Bonhoeffer joined a conspiracy to assassinate the Fuehrer. Unfortunately, the conspiracy failed and Bonhoeffer was found out and arrested. He was sentenced to death and placed in a concentration camp. While there, he wrote copiously and this work is collected and published as Letters and Papers from Prison. This poem, Christians and Pagans, was written in July 1944, not long before Bonhoeffer was executed; this translation is by Geoffrey Winthrop Young. (Winthrop Young was a poet of some note himself, but better known as a mountaineer. He wrote a guide to mountaineering entitled Mountain Craft which was a standard in the field for many years and, before that while at college, he published The Roof-Climber’s Guide to Trinity, a useful reference for those who climbed the spires of Trinity College, Cambridge.)

Men go to God when they are sore bestead,
Pray to him for succour, for his peace, for bread,
For mercy for them sick, sinning, or dead:
All men do so, Christian and unbelieving.

Men go to God when he is sore bestead,
Find him poor and scorned, without shelter or bread,
Whelmed under weight of the wicked, the weak, the dead;
Christians stand by God in his hour of grieving.

God goes to every man when sore bestead,
Feeds body and spirit with his bread;
For Christians, pagans alike he hangs dead,
And both alike forgiving.

These poems were offered by the Rev. Dr. C. Eric Funston as the homily on Good Friday, March 30, 2018, to the people of St. Paul’s Episcopal Church, Medina, Ohio, where Fr. Funston is rector.

The illustration is “Corpus Hypercubus” by Salvador Dali. It hangs at the Metropolitan Museum of Art in New York City.