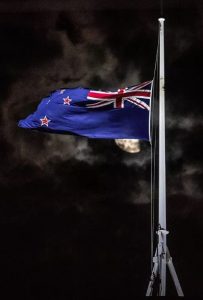 Is it possible to understand evil?

The news channels and the newspapers since have been filled with commentary trying to make sense of the event. The rhetoric of politicians and public figures of all sorts has been blamed as “contributing” the killer’s action; I read that Chelsea Clinton was confronted by students claiming her comments in opposition to anti-Semitism had done so! The killer claimed to be inspired by the words of the Current Occupant of the White House. On the other hand, counter-commentary (from Fox News, of course) is denying any relationship between obviously inflammatory rhetoric and the shooter’s action.

An article published Thursday in the Washington Post, and thus obviously researched and written well before the killing, traced the rise (or perhaps one should better say re-emergence) of authoritarianism in the modern world.[1] The essay argued that the several incidents of “nationalist” violence and of “strong man” governments around the world are not isolated one from the other but are, rather, demonstrative of a communicated and coherent shared ideology in opposition to the individual liberty championed by liberal democracy. The author’s thesis is that there is a tension between security (represented by family, tribe, racial group, or nation) and individual liberty; the former encourages authoritarian forms of government while the latter depends on post-Enlightenment democracy.

These commentaries and articles try to make sense of events like the New Zealand killing, but can they? Can evil be explained? Can evil be understood? In today’s morning Psalm we cry, “I am shaken by the noise of the enemy and by the pressure of the wicked.”[2] The Psalmist does not seek either to explain or to understand wrong-doing and betrayal, simply to combat it, to escape it or, to be protected from it by God. “I sought whence evil comes and there was no solution,” said St. Augustine in his autobiographical Confessions.

I guess the answer to my question is “No.” Evil cannot be understood, only dealt with. In fact, maybe trying to understand evil simply perpetuates it. As one of my ministry mentors was fond of saying, “What gets your attention gets you.” So today’s Lenten thought is “Deal with evil. Resist evil. Combat evil. Just get on with it.”