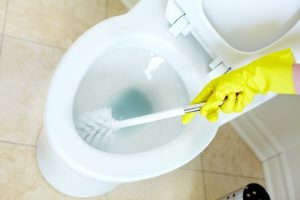 A few years ago I learned about a prayer sometimes said by imams at Muslim funerals. It is supposedly a prayer offered by Muhammad:

O God, forgive our living and our dead, those who are present among us and those who are absent, our young and our old, our males and our females. O God, whoever You keep alive, keep him alive in Islam, and whoever You cause to die, cause him to die with faith. O God, do not deprive us of the reward and do not cause us to go astray after this. O God, forgive him and have mercy on him, keep him safe and sound and forgive him, honor his rest and ease his entrance; wash him with water and snow and hail, and cleanse him of sin as a white garment is cleansed of dirt. O God, give him a home better than his home and a family better than his family. O God, admit him to Paradise and protect him from the torment of the grave and the torment of Hell-fire; make his grave spacious and fill it with light.[1]

Doris made my life spacious and filled it with light. A college drop-out at the time, I had no real prospects and only had my janitor job because my mother had “contacts.” I certainly wasn’t qualified for it, and in all honesty I wasn’t very happy with it. Vacuuming public hallways, mopping up vomit and blood, and cleaning sometimes really disgusting toilets is not a young adult’s idea of great employment. But Doris made me understand a janitor’s job in the hospital was just as important as any other work done there.

Doris was a modern Muslim of Bosnian descent; her father had come to the United States from Yugoslavia (that’s what we called it back then) after the First World War.  She had come to Southern California from Chicago where he had settled and she’d been born. Looking at Doris you wouldn’t know she was a Muslim. She didn’t wear a veil; she wasn’t Middle Eastern in appearance; she had that Chicago accent. There was nothing out of the ordinary about Doris, but she prayed, as Muslims do, five times a day. She kept a prayer rug in her office and it was just understood that one did not disturb her during those times when she used it. It had been her father’s, she once told me.

I worked for Doris for six months and then had an opportunity to become an orderly in the hospital, more pay, no toilets, although still a lot of vomit and blood. Doris gave me her blessing when I told her I was going to apply for the orderly job. I worked at that hospital for another year, during which Doris was no longer my supervisor, but she remained my friend.

I woke up thinking about toilets, thinking about my Muslim friend Doris, and then learning about the tragic deaths of Muslims in New Zealand. I don’t know what any of this has to do with Lent, but when I prayed the Daily Office this morning, including in it that imam’s prayer for the deceased, I read this line from the morning Psalm: God “lifted me out of the desolate pit, out of the mire and clay,”[2] and it occurred to me that perhaps our God is a god who cleans toilets and expects the same of us. The reading from the Letter to the Hebrews also reminds us that Jesus is “one who in every respect has been tested as we are;”[3] he did more than his fair share of cleaning up messes.

Perhaps Lent is a time to reflect on that and when we are asked, as we are in the Old Testament reading this morning, “What does the Lord your God require of you?”[4] our answer should be, “Clean toilets, and do the best possible job we can. Do it so well that a Muslim housekeeper would approve. Do it the way Jesus would have done.”