A homily offered by the Rev. Dr. C. Eric Funston on the Fourth Sunday of Easter, May 7, 2017, to the people of St. Paul’s Episcopal Church, Medina, Ohio, where Fr. Funston is rector. 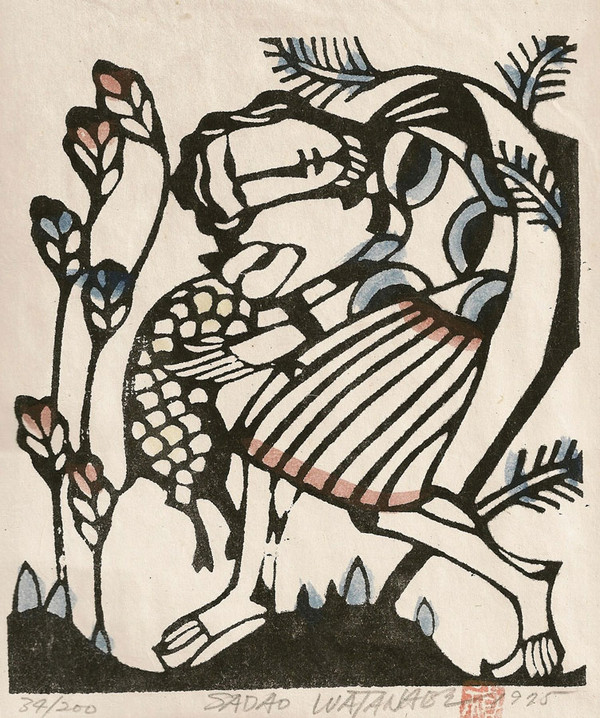 It’s the Fourth Sunday of Easter and that means it’s “Good Shepherd Sunday.” And that means that clergy throughout the church have, for the last week, been scratching their heads thinking, “This again? What can I do this time with the sheep-and-shepherd simile?” But, I’m not among them. For three days this past week, the clergy of this diocese have been in conference with our bishop, with a retired seminary president, and with a retired cathedral dean exploring exactly what we understand our ordinations to the diaconate and to the presbyterate to mean. That has kind of taken my attention off the “Good Shepherd” metaphor.

In addition, tomorrow will be the twenty-seventh anniversary of the day the Bishop of Nevada laid his hands on my head and said:

Father, through Jesus Christ your Son, give your Holy Spirit to Eric; fill him with grace and power, and make him a deacon in your Church. (BCP 1979, Ordination of a Deacon, page 545)

I suppose the clergy conference and tomorrow’s anniversary may be why, as I studied today’s lessons, it is verses 19 through 21 of the second chapter of the First Letter of Peter, the words “For to this you have been called . . .,” that caught my attention rather than anything in the Gospel text, and focused my thoughts on Peter’s admonitions to patient endurance of wrongful suffering. Of course, Peter’s instructions are not particularly addressed to the clergy. The way in which our Lectionary is edited, the implication is that they are addressed to Christians in general and, in a broad and inchoate sort of way, they are.

In next Sunday’s epistle reading, we will be treated to some of the verses that precede today’s lesson; we will hear verses 2 through 10 in which Peter will address us as “newborn infants,” describe us as “living stones” being built into a “spiritual building,” and assure us that we are “a chosen race, a royal priesthood, a holy nation, [and] God’s own people.” What we did not hear today and will not hear next week and, in fact, never hear read in church on a Sunday as an official Lectionary reading are verses 11 through 18:

Beloved, I urge you as aliens and exiles to abstain from the desires of the flesh that wage war against the soul. Conduct yourselves honorably among the Gentiles, so that, though they malign you as evildoers, they may see your honorable deeds and glorify God when he comes to judge. For the Lord’s sake accept the authority of every human institution, whether of the emperor as supreme, or of governors, as sent by him to punish those who do wrong and to praise those who do right. For it is God’s will that by doing right you should silence the ignorance of the foolish.
As servants of God, live as free people, yet do not use your freedom as a pretext for evil. Honor everyone. Love the family of believers. Fear God. Honor the emperor.
Slaves, accept the authority of your masters with all deference, not only those who are kind and gentle but also those who are harsh.

And only then, after these introductory verses, does the selection we heard read today begin with a word edited out of our reading, “For it is a credit to you if, being aware of God, you endure pain while suffering unjustly . . . .” As true as those words may be, they are not addressed to you or to me; they are specifically addressed to aliens, exiles, and slaves. They are addressed to the marginalized and the oppressed; they are addressed to those who must endure injustice because they are powerless to do anything else. These are words of comfort to those who cannot escape oppression, a reminder of St. Paul’s words that “suffering produces endurance, and endurance produces character, and character produces hope, and hope does not disappoint.” (Rom 5:3-5) Certainly, we can learn from Peter’s words, but they are not addressed to us. We are not aliens, exiles, and slaves; we are not the marginalized or the oppressed; and we are not powerless.

I keep reading editorials and news analyses which assert that the outcome of the most recent US presidential election, the so-called “Brexit” vote of the electorate in the UK, and the rise of nationalist parties in Holland, France, and elsewhere in the European Union are the result of people rising up against an elite political class with regard to whom they have felt powerless. Well, I can’t speak to the situation in other countries, but I can call “Nonsense” on that assertion here in our own country. You and I and every other eligible voter in the United States are not powerless with respect to our elected politicians! We just aren’t!

What many voters in our country are is apathetic! What many voters in our country are is ill-informed! What many voters in our country are is disengaged! That’s not powerlessness; that’s surrender. Do you know what the percentage of eligible voters who actually bother to cast a ballot is? On average over the last 100 years, the turnout of registered, eligible voters in presidential elections is just over 55%. Expressed differently, that means that 45% of those who could have voted . . . didn’t. And the turnout in non-presidential elections is even worse. We are not a people without power; we are a people who have failed to exercise the power we have been given. We are not slaves patiently enduring unjust oppression; we are empowered people who have surrendered to political usurpation! When we do not exercise the power we are given, we “go astray like sheep.”

But, as Peter writes, we “have returned to the shepherd and guardian of [our] souls.” (1 Pet 2:25) We are followers of Jesus Christ who “calls his own sheep by name and leads them.” (Jn 10:3) Jesus who told us that on the last, great day, in his role as our shepherd, “he will separate people one from another as a shepherd separates the sheep from the goats . . . ” and to those who have truly followed him he will say, “I was hungry and you gave me food, I was thirsty and you gave me something to drink, I was a stranger and you welcomed me, I was naked and you gave me clothing, I was sick and you took care of me, I was in prison and you visited me.” (Mt 25:32,35-36)

In some metaphorical ways, we may be like sheep, but in truth we are not sheep. We are followers of Jesus Christ and, unlike sheep, we have the power to do all those things, the social power, the economic power, and the political power. We can, as our Free Farmers’ Market volunteers do, roll up our sleeves and distribute food to the hungry; as our Lay Eucharistic Visitors do, take time from our Sunday afternoons to call on sick and shut-in parishioners; as our greeters do, stand at the church door and welcome those unfamiliar to us. We can, as many of us do, give of our wealth to the church, to charities (such as the American Cancer Society, the SPCA, Let’s Make a Difference, Hospice of the Western Reserve, Project Learn, and many others), and to public institutions (such as PBS and NPR, the Medina Schools Foundation, and our universities’ and colleges’ alumni associations and foundations). And we can, as so few of our fellow citizens do, vote, participate in the political process informed by our Christian faith!

On that day 27 years ago tomorrow, the Bishop of Nevada said to me as every bishop says to those who stand before him or her to be ordained deacon:

As a deacon in the Church, you are to study the Holy Scriptures, to seek nourishment from them, and to model your life upon them. You are to make Christ and his redemptive love known, by your word and example, to those among whom you live, and work, and worship. You are to interpret to the Church the needs, concerns, and hopes of the world. You are to assist the bishop and priests in public worship and in the ministration of God’s Word and Sacraments, and you are to carry out other duties assigned to you from time to time. At all times, your life and teaching are to show Christ’s people that in serving the helpless they are serving Christ himself. (BCP, page 543)

We are not aliens, or exiles, or slaves; we are residents, and citizens, and politically empowered voters in one of the greatest nations on Earth. We have the political power to serve Christ himself ensuring that our country responds to “the needs, concerns, and hopes of the world,” that it serves the helpless, feeds the hungry, welcomes the stranger, houses the homeless, clothes the naked, and cares for the sick. If we truly follow Christ and live up to our baptismal promise to “strive for justice and peace among all people, and respect the dignity of every human being” (BCP, Holy Baptism, page 305), neither we nor anyone in our country need ever endure unjust suffering.

The idea that “a nation’s greatness is measured by how it treats its weakest members” is attributed to Mahatma Ghandi, the liberator of India, but he was not alone in expressing that sentiment. The anti-Nazi German pastor and theologian Dietrich Bonhoeffer is often quoted as saying, “The test of the morality of a society is what it does for its children.” Author Pearl S. Buck wrote, “[T]he test of a civilization is the way that it cares for its helpless members.” (My Several Worlds: A Personal Record, Pocket Books, New York:1954, page 337) And Vice-President Hubert Humphrey said:

The Book of Acts tells us that the earliest Christians devoted themselves to the fellowship and teachings of Christ and his apostles, that they ordered their small society so that any who had need were provided for, and that (as a result) they had the goodwill of all the people. Some of them were slaves, but we are not. We are neither sheep nor slaves, but we can follow the example of those early Christians and order our society so that the needy are cared for. We have the power, and we have made the promise, to do that.

In that service 27 years ago, as in every ordination service, the bishop offered this prayer:

O God of unchangeable power and eternal light: Look favorably on your whole Church, that wonderful and sacred mystery; by the effectual working of your providence, carry out in tranquility the plan of salvation; let the whole world see and know that things which were being cast down are being raised up, and things which had grown old are being made new, and that all things are being brought to their perfection by him through whom all things were made, your Son Jesus Christ our Lord . . . . (BCP, page 540)

It is through us, the followers of Jesus Christ, not as sheep nor as slaves, but as socially, economically, and politically empowered citizens of this great nation, that God accomplishes these things in our place and in our time.