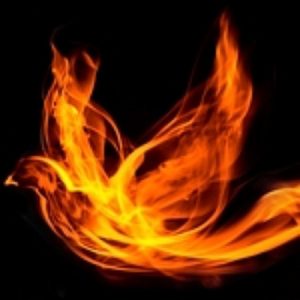 What do you suppose it was like in Jerusalem on that Pentecost morning so long ago?

Did you watch the coverage of the Royal Wedding of Prince Harry and Meghan Markle yesterday? Did you see the crowds along the streets of London as they took their post-nuptial carriage ride? The narrow streets of ancient Jerusalem would have been something like that. Shoulder to shoulder people moving through the streets and alleyways, past vendors’ stalls, moving toward the Temple to make their festival offerings.

Our Christian holiday of Pentecost takes its name from the Greek name of the Jewish festival called Shavuot. The Hebrew name means “festival of weeks” referring to the fact that it takes place seven weeks after the Passover. The Greek name comes from words meaning “fifty days” referring similarly to its being the fiftieth day after Passover. Shavuot commemorates the giving of the Torah on Mount Sinai seven weeks after the Exodus from Egypt remembered at Passover. This is why our Christian feast of Pentecost occurs fifty days after the Resurrection of Jesus which took place at Passover.

Shavuot is an ancient harvest festival, one of the few Jewish holidays known as a “pilgrimage feast.” This means that Jews in Jesus’ time were expected to bring an offering, a tithe of their springtime barley or early wheat harvest, to the Temple in Jerusalem, and they did. They came from all over the world to this place which was the earthly center of their religion. At Shavuot, as at the time of other pilgrimage feasts, the city of Jerusalem was packed.

As Luke tells us in our reading from the Book of Acts, there were “Parthians, Medes, Elamites, and residents of Mesopotamia, Judea and Cappadocia, Pontus and Asia, Phrygia and Pamphylia, Egypt and the parts of Libya belonging to Cyrene, and visitors from Rome, both Jews and proselytes, Cretans and Arabs.”[1] In terms of our modern geography, there were Iranians, Afghanis, Kurds, Kazakhs, Iraqis, Turks, Greeks, Arabs, Italians, probably people from northern and sub-Saharan Africa, and even possibly folks from India and perhaps as far away as China. (We know that there were Chinese Jews, called “Kaifeng Jews,” as early as the 6th Century CE, and there may have been communities of Chinese Jews even before that.) In other words, the streets were crowded with incredible ethnic diversity.

This was the milieu into which the Holy Spirit sent the apostles, a radically inclusive mix of peoples from all over the world. “And yet, a couple millennia later, in the church born out of that diversity, Martin Luther King, Jr., could accurately observe, “Sunday is the most segregated day of the week.” Fifty years later, he’s still right. Less than 10% of American churches are racially diverse, where no single racial or ethnic group makes up more than 80% of the congregation.”[2]

Last year, in a Pentecost Sunday sermon preached at St. Peter’s in Rome, Pope Francis suggested that diversity was one of the two principal gifts given by the Holy Spirit on that first Christian Pentecost. The other, he said, was unity. These two gifts, though, present the church with two recurring temptations. The Pope explained that

. . . the first temptation “seeks diversity without unity.” This happens, he said, “when we want to separate, when we take sides and form parties, when we adopt rigid and airtight positions, when we become locked into our own ideas and ways of doing things, perhaps even thinking that we are better than others, or always in the right.” It happens when “we choose the part over the whole, belonging to this or that group before belonging to the Church.” It happens when “we become avid supporters for one side, rather than brothers and sisters in the one Spirit. We become Christians of the ‘right’ or the ‘left,’ before being on the side of Jesus, unbending guardians of the past or the avant-garde of the future before being humble and grateful children of the Church. The result is diversity without unity.”[3]

The second temptation is

. . . that of “seeking unity without diversity.” When this happens, “unity becomes uniformity, where everyone has to do everything together and in the same way, always thinking alike. Unity ends up being homogeneity and no longer freedom. But, as Saint Paul says, ‘where the Spirit of the Lord is, there is freedom.’”[4]

The past week has been a week of emotional tumult. On Monday, the United States government formally moved its embassy to Israel from Tel Aviv to Jerusalem. For many, especially those who hold to a conservative dispensationalist understanding of the Christian story, this was a triumph of high emotion. For others, especially for displaced Palestinians, both Christian and Muslim, it was anything but a triumph. It sparked protests at the fence dividing the Palestinians of Gaza from Israel and during those protests dozens, including many children, were killed and thousands were injured by the Israeli response.

Then on Friday there was yet another mass shooting in an American high school in Santa Fe, Texas, where nine students and a teacher were killed and ten other persons injured. Later that evening, three more people were shot at a high school graduation in Georgia. The Washington Post reported that, this year, more people have been killed at schools than have been killed while serving in the military.[5]

I don’t know the motivation for either of these recent school shootings. The shooter in Georgia, as I write, has not been apprehended. It is reported that the killer in Texas was infatuated with Nazism and other violent political movements. It seems to me, though, that both the violence in Gaza and the several school shootings our country has lived through stem from the recurrent temptations identified by Pope Francis.

On the one hand, “diversity without unity,” which causes us to take sides and form parties, to adopt rigid and airtight positions, can push us into violence against the other side or party, against those who do not hold our positions. On the other, “unity without diversity,” with its demand for uniformity and homogeneity can incite violence against the nonconforming other who may be seen as less human than we are.

The Sephardic Chief Rabbi of Israel, who was on hand at the embassy celebration, has been criticized for calling black people (including African Jews) “monkeys” and for referring to secular and gentile women as “animals.”[6] Perhaps the rabbi has forgotten that his own people were once referred to as “rats” by the leader of Nazi Germany. It was heartbreaking to hear the American president sound a similar note on Tuesday, when he said of some undocumented immigrants, “These aren’t people. These are animals.”[7]

Theologian Yves Congar once wrote that each human being “is an original and autonomous principle of sensitivity, experience, relationships and initiatives. What an infinite variety of possibilities is contained in each individual!”[8] To call any human being an “animal,” for any reason, disrespects the image of God and work of the Holy Spirit in that person.

Congar’s words “sensitivity, experience, relationships and initiatives” describe the very essence of what it means to be human – to be emotional, intellectual, spiritual, and creative beings made in the image of God. These words describe the gifts of the Holy Spirit whom we celebrate on Pentecost Sunday, the gifts of wisdom, understanding, counsel, fortitude, knowledge, piety, and fear of the Lord.[9] They are the human qualities from which spring the fruits of the Spirit: love, joy, peace, patience, kindness, goodness, faithfulness, gentleness, and self-control.[10] And, of course, as St. Paul said, “the greatest of these is love.”[11]

The Presiding Bishop quoted the mystic Pierre Teilhard de Chardin, who wrote: “The day will come when, after harnessing the ether, the winds, the waves, the tides, gravitation, we shall harness for God the energies of love. And on that day, for the second time in the history of the world, [humankind] will have discovered fire.”[13]  And Bishop Michael invited us to imagine the world of that fiery love:

In that sort of world, Sunday morning would no longer be the most segregated time of the week.

What do you suppose it was like in Jerusalem on that Pentecost morning so long ago?

Did you watch the coverage of the Royal Wedding of Prince Harry and Meghan Markle yesterday? Did you see the looks on the faces of the guests as the Presiding Bishop was preaching? Did you hear the cheers of the crowd outside or the commentary of the journalists? Like they’d all been struck by lightning? Like there was a wind of change blowing like a fire storm through St. George’s Chapel, through the royal family, and maybe even through all of Britain? Maybe even through the whole world?

I think that’s what it was like in the crowded, diverse streets of Jerusalem on that Pentecost morning so long ago . . . nothing like the scenes we have seen earlier this week in Israel, in Palestine, in the government halls of Washington, or the classrooms of our high schools. I think it was like a surprised royal wedding filled with love and joy and goodness and possibility.

And I believe . . . I have to believe . . . that our world can be like that again. “Come, Holy Ghost, our souls inspire and lighten with celestial fire.”[15]

This homily was offered by the Rev. Dr. C. Eric Funston on the Feast of Pentecost (Whitsunday), May 20, 2018, to the people of St. Paul’s Episcopal Church, Medina, Ohio, where Fr. Funston is rector.

[2] The Rev. Heidi Haverkamp, Pentecost: Diversity and the Holy Spirit, sermon preached on May 19, 2013, available online. (Return to text)

[5] Philip Bump, 2018 has been deadlier for schoolchildren than service members, The Washington Post, May 18, 2018, available online. (Return to text)