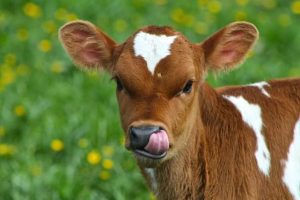 I often read poetry as part of, and frequently as a substitute for, a homily. This is especially true on “high holy days” when the liturgy and the lessons of the lectionary speak so eloquently that the attempt at exegesis seems at best irrelevant and at worst intrusive, e.g., Good Friday or Palm Sunday. On such days, in such liturgies and with such lessons, the poets seem to get and to give the message so much better than I can.

There are two poems that I’ve used on Palm Sunday which look at the story focusing on or speaking through one of the often-ignored characters, the donkey which carried Christ into the city of Jerusalem. One is Mary Oliver’s The Poet Thinks about the Donkey in which the poet expresses her hopes for the animal.[1] The other is G.K. Chesterton’s The Donkey[2] in which the animal speaks for itself.

As I have pondered this week’s gospel lesson, the story of the Prodigal Son,[3] I have remembered numerous sermons (some of which I have preached, some of which I have heard) which explore every character. Does the father in the story represent God the Father? Who is the prodigal? Who is the elder son? Who are the servants? What can be learned from each? With which character(s) do we most identify? Who are we in this story? And on and on and on.

Taking a lead from poets Oliver and Chesterton, I got to wondering about the calf. I don’t recall ever hearing a sermon exploring the place and meaning, or the point of view, of the calf. I don’t know of any poems which do so.

Is the calf aware that it is meant to be food or perhaps a religious offering? That it will be sacrificed for the benefit of human beings? If it is, what hopes might it have for its offering of self? What might its attitude be if it knows it is not, say, going to be offered to God as a holocaust nor even as the main course at a holiday feast, but rather at a party for a wastrel and his friends?

And from such contemplation, what can we learn about ourselves? About our attitudes toward the giving of self and sharing of our gifts? What, also, might we learn about Jesus’ death? Is this parable a prefiguring of his sacrifice on the Cross? Is Jesus the fatted calf and, if so, what is the eucharistic significance of the celebratory feast offered by the father?

Oh, so many questions are raised, so many to explore when we look at the story through the eyes of the calf!

And what about that other character? The elder son said to his father, “You have never given me even a young goat so that I might celebrate with my friends.”[4] What might we learn if we considered the story from the point of view of the never-offered young goat, the kid whose gifts and value have never been appreciated?