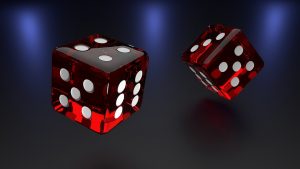 In today’s Gospel, we are again in that long discourse from John’s Gospel which Bible scholars call “The High Priestly Prayer.” We’ve heard various parts of this prayer throughout the Easter Season. In this part of the prayer, Jesus asks of the Father, on behalf of the disciples, “Sanctify them in the truth; your word is truth. As you have sent me into the world, so I have sent them into the world. And for their sakes I sanctify myself, so that they also may be sanctified in truth.”[1]

We might well ask, as Pilate would soon ask, “What is truth?”[2] And we might also ask why Jesus makes this particular prayer….

After Jesus’ death and resurrection, the apostles understood that the unity they had achieved with him was somehow disrupted by the betrayal worked by Judas and by Judas’ absence. So, as we heard in the lesson from the Book of Acts, they took steps to remedy that breach of community by finding a replacement for Judas … and they did it by the equivalent of rolling dice or drawing straws; they cast lots after praying for guidance. I suppose some would say that they left the decision to chance.

There was good precedent for doing so. In the Book of Exodus, we find the description of the vestments and accessories worn by the High Priest, Moses’ brother Aaron being the first of those. Moses is instructed to “take two onyx stones, and engrave on them the names of the sons of Israel, six of their names on the one stone, and the names of the remaining six on the other stone, in the order of their birth.”[5] It is believed that these stones are the Urim and the Thummim which Aaron and subsequent High Priests were to carry in the breastplate of their vestments.[6] These two words appear in this Exodus description but nowhere else in the Bible, nor in any other Hebrew literature, although there are implied references, so there is not complete certainty about this. In any event, many scholars believe that the purpose of these stones was a sort of divination, that the High Priest would cast these before the high altar of the Temple when making important decisions and would decide based on the way in which the names of the Tribes appeared on the thrown stones. In essence, they would have been, as one scholar called them, “sacred dice.”[7]

So our lessons face us with the interesting question, “What is the relationship between chance and truth?”

Friedrich Schiller, the German poet and playwright who wrote the Ode to Joy later set to music by Beethoven in the Ninth Symphony, believed that relationship was one of identity. “There’s no such thing as chance,” he said. “What to us seems merest accident springs from the deepest source of destiny.”[8] Schiller is saying that chance is merely the working out of truth. The French novelist Anatole France believed the same thing: “Chance is perhaps the pseudonym of God when he does not wish to sign his work.”[9]

Charles E. Merriam, Jr., was one of America’s first political scientists. While teaching at the University of Chicago from 1900 until his final months, he effectively established political science as a discipline at that university and he had a national reputation as the founder of the behavioral school of political science. In 1934, in a book entitled Political Power, he wrote:

The future belongs to those who fuse intelligence with faith, and who with courage and determination grope their way forward from chance to choice, from blind adaptation to creative evolution.[10]

The French scientist Louis Pasteur said much the same thing when he commented, “In the fields of observation chance favors only those minds which are prepared.”[11] Where and how does one prepare the mind? Where and how does one find the faith to fuse with intelligence, so that one may, in Merriam’s words, “grope forward from chance to choice?”

In America today, there is a misconception about this. In his book Habits of the Heart, sociologist Robert Bellah reported that 81 percent of the American people say that “an individual should arrive at his or her own religious belief independent of any church or synagogue.” This gives rise to a paradox; those who claim to be Christians seem to be arriving at a faith which, on their own terms, makes no demands on behavior. A woman named Sheila, interviewed for Bellah’s book, embodies this attitude. “I believe in God,” she said. “I can’t remember the last time I went to church. But my faith has carried me a long way. It’s ‘Sheila-ism.’ Just my own little voice.”[12] Charles Colson sites this “religious individualism” in his book Against the Night to explain what he calls “the paradox of increased religiosity and decreased morality.”[13]

Christianity, however, is not an individualistic religion! The Christian Church is not merely a collection of like-minded individuals. It is a community of faith. Someone has quipped that “there is no ‘I’ in ‘church.'” It is interesting to note that the individuals about whom the apostles cast lots effectively disappear after this incident. We hear nothing more in Scripture about Matthias or Joseph. In fact, we know more about the loser of the draw than the winner. We know from our reading today that Joseph was “called Barsabbas, [and] was also known as Justus.” That’s more than we know about Matthias! (There is a legend that Matthias was again chosen by lot and sent as a missionary to a land of cannibals and had to be rescued by St. Andrew,[14] but nothing else about him is known for sure. The early church historian Eusebius claimed that Joseph Barsabbas was one of the 72 apostles sent out in pairs by Jesus,[15] but there is no way to know that for sure.)

These men are mentioned in this story from the Acts of the Apostles not because of who they were as individuals, but because they played a part in the healing of the community, the community in which truth is found and in which faith is learned. Through the casting of lots, through an instrument of chance, the unity and sanctity of the community on which Jesus’ prayed the blessing of truth were restored. Chance and truth may not be identical, as Friedrich Schiller and Anatole France suggested, but they are related. Chance may give us opportunities for truth to be discovered.

The priest who led the evangelical revival in the Church of England and helped form the Church Missionary Society, Charles Simeon once related this story:

While waiting in a cemetery to conduct a funeral service, [he] walked among the graves, looking at the epitaphs. He found one that arrested him.

When from the dust of death I rise,
To claim my mansion in the skies,
E’en then shall this be all my plea —
“Jesus hath lived and died for me.”

He was so impressed with that gospel message that he looked for someone in the cemetery with whom he might share it. He saw a young woman, obviously distressed, and called her over to read the epitaph. He took her address and visited her the next day. The home was a scene of poverty and squalor. The woman’s old mother was dying of asthma, and two little children, very dirty, were trying to warm themselves by a small fire. Simeon prayed with the family, visited them again, and found assistance for them. Later, the young woman told Simeon that she had been in the cemetery five hours and was contemplating suicide when he called her to read the epitaph. Because of his concern she trusted Christ and the family situation was changed.[16]

A chance meeting in a graveyard brought the young woman and her family into the household of faith.

Chance and truth …. we do not make our own chances; they come to us from (one is tempted to say) God knows where … the roll of a dice.

If you’ll look on the back of the music-and-prayers insert in the bulletin you were given by an usher this morning, you’ll find a number written there. Who has number 12? [A congregant raises a hand….] Great! You get to preach at next week’s services. What are you going to preach? Truth, I hope. We do not make our own truth, anymore than we make our own chances. We learn truth through the community to which it is entrusted, the church.

This homily was offered by the Rev. Dr. C. Eric Funston on the Seventh Sunday of Easter, June 4, 2000, to the people of St. Francis of Assisi in the Pines Episcopal Church, Stilwell, Kansas, where Fr. Funston was rector from 1993 to 2003.

The lessons for the service were Acts 1:15-26; Psalm 47; 1 John 5:9-15; and St. John 17:11b-19. These lessons are from the Prayer Book lectionary and differ slightly from the Revised Common Lectionary (see The Lectionary Page). The homily, however, focuses lessons which are common to the two lectionaries.