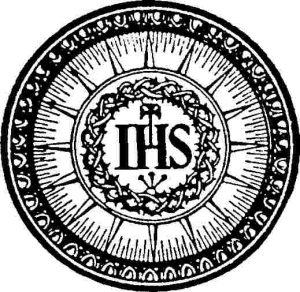 I have a morning ritual; I suppose everyone does. I get up in the darkness of 5 a.m. and carefully, quietly walk down the stairs from our bedroom to the den and kitchen (a combined “great room” as our house is laid out). I turn on the coffee maker which has been set up the night before, then I sit down in my recliner to await its task completion. My dog, Archbishop Dudley, a black cocker spaniel, rouses himself (he sleeps in the den) and comes to me; I lift him onto my lap and the two of us fall asleep.

When the coffee maker wakes me with its signal that the brew is ready, I put the dog to floor, slip a coat onto me and a leash onto him, and go for a short walk around our cul-de-sac. The dog does what he must and we return home; he gets his breakfast and I get my first cup of coffee along with a handful of pills. While I drink it, I read scan my online subscriptions of the New York Times, the Washington Post, and (occasionally) the Los Angeles Times, and read a few news reports and op-ed pieces. Then I check out Facebook.

This ritual takes time. It can’t be rushed. It can be cut short, but it can’t be rushed. One of the luxuries of retirement is that I seldom have any need to cut it short. I can take my time. I think that is one of the lessons of Lent: slow down, don’t rush, take your time.

This morning a humorous Facebook post brightened my mood as the sunrise brightened the sky, but what got me to thinking Lenten thoughts was the poster’s use of the acronym “idk” – “I don’t know.” There are a lot of these things in use in today’s social media – LOL (“laughing out loud”), TFW (“that feeling when”), NSFW (“not safe for work”), WTF (“what the fuck?”), and dozens perhaps hundreds of others – along with “emojis,” those little pictures originally composed of punctuation marks supposedly expressing emotion.

These things were born in the early days of electronic communication when there was limited “bandwidth” and the cost of messaging increased on a per-character basis. It was faster and cost less to send an abbreviated acronym than a full phrase, and human beings just seem to have a tendency to abbreviate in any event. My wife works in the insurance business and so often uses to the term “EOB;” she says it so rapidly that it seems more a foreign word than a string of letters: “iyobe” – perhaps some sort of Japanese ceremonial garment. It names a form detailing coverage for a claim, the “Explanation of Benefits.”

A few days ago she and I had a question about what Medicare had paid for some procedure, so she telephoned some place called “the coordination of benefits center” and spoke to a helpful young woman. After my wife had used her familiar “iyobe” a couple of times, the young lady advised her that in Medicare-speak the document was called an “MSN” – “Medicare Summary Notice.” Same function, same information, different name. Just to keep life interesting, I guess.

Anyway, we humans do this all the time! Acronyms and abbreviations are nothing new. The name Jesus, which one would think is short enough, got shortened early in the life of the church by monks who apparently developed writer’s cramp. Its Greek abbreviation looks like the Roman letters I-H-S. Eventually, that abbreviation (a “Christogram” it’s called) started showing up on altars and vestments, ornately carved or embroidered, the time-saving device become the subject of time-consuming and pains-taking craftsmanship. Another Christogram is the abbreviation of the word Christ, another word you’d think was already short enough; its Greek letters, chi and rho, look like X and P in the Roman alphabet. It, too, shows up now as a decoration.

The altar at my last parish had an ornately carved I-H-S on its front center panel. I used to quip that the first character was actually a numeral and that it is the abbreviation of the promise-making marketing slogan of the Episcopal Church: “One Hour Service.”

Fast worship, abbreviated words and phrases, rush here, rush there. It is human nature … but we don’t need to do this! We don’t need to shorten words anymore. With terrabytes of memory and mega-giga-humungo-hertzes of internet speed and flat rate costs of access, we don’t need to conserve “bandwidth” any longer, anymore than we need to avoid writer’s cramp with our quills and parchments. We have no reason to rush through singing God’s praises and every reason not to. Lent, forty long days, six long weeks, leading to the feast of the Resurrection tells us this.

Lent tells us to slow down, take time, pay attention. Life deserves our attention. Examine it. I’ve always considered Lent the season of Socrates. “The unexamined life is not worth living,” he is reported to have said at his trial. Lent bids us examine our lives in preparation for God’s gracious gift of eternal life.

Earlier this morning I read an article about a legislative committee hearing on a so-called “stand your ground” law in the Arkansas state senate. Senator Stephanie Flowers, the only person of color and the only woman on the committee, was presenting her case against the bill when the committee chair, Senator Alan Clark, attempted to silence her. According to the report, this dialog ensued:

“Senator …” Clark said, in an apparent effort to quiet her.

This is the message of Lent! “Abbreviations and rushing shit. Go to hell. I’m telling you, life deserves more attention.” Slow down, don’t rush, take your time.

[1] GOP lawmaker tried to silence a black senator in a gun law debate. She stood her ground — and won, The Washington Post, 8 March 2019