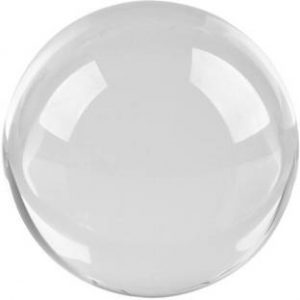 I fell in love with science when I was in junior high school. I did well in chemistry and biology  and in math classes in high school. I went to a particular university because it was well-known as a training ground for scientists. I wasn’t sure which of the sciences I wanted to go into – marine biology and medicine were both especially attractive, but so too was physics – but I was definitely headed into the sciences. And then I met integral calculus … and ended up getting a degree in literature, then another in business, another in law, and two more in religion.

I am still in love with science; it’s just that I seem incapable of wrapping my head around abstract mathematics. In another universe, I might have been able to do that and might have followed a different path. Perhaps that is why quantum mechanics, superstring theory, and the multiverse fascinate me. I may not quite grasp the math, but the ideas make all sorts of sense to me, especially the notion of multiple universes and alternate realities.

Recently, two magazine articles were published (one in Scientific American, the other in The New Yorker) which dealt with the theories of physics and the notion of multiple realities and multiple explanations for reality. Both turned on its head the reductive nature of classical and contemporary physics.

The Scientific American article[1] introduced me to the notion of quantum monism which, contrary to the usual view of the universe as made up of increasingly more microscopic fundamental layers, views the universe itself as the fundamental layer of reality, a single, entangled quantum state. The idea is that there is a unique, single quantum reality underlying everything we observe; our observation (which is partial and contingent) is what leads us to perceive apparent multiple realities.

The article in The New Yorker[2] introduced me to amplituhedron, a theoretical mathematical construct explaining quantum reality without reference to space-time. Like quantum monism, this view of physics moves away from a reductive search for a fundamental “theory of everything” in favor of an expansive vision of a “space” which encompasses all explanations of reality. The mathematicians investigating the amplituhedron have stopped looking for answers. The answers, they say, are all around us. The problem is not finding the answer: it’s finding the question.

A single reality underlying everything … and seeking to ask the right question. That sounds like theology to me. Which brings me to the first Sunday in Lent and this journal entry.

I wrote a few days ago that if I had been preaching this Sunday, I would have focused on the community aspects of this season rather than the individual and personal disciplines that are so often the subject Lenten instruction. But, today, as I contemplated the collect for this Sunday, I was struck by the singular individuality of its core petition. The prayer is as follows:

Almighty God, whose blessed Son was led by the Spirit to be tempted by Satan: Come quickly to help us who are assaulted by many temptations; and, as you know the weaknesses of each of us, let each one find you mighty to save; through Jesus Christ your Son our Lord, who lives and reigns with you and the Holy Spirit, one God, now and for ever. Amen.[3]

I find much wisdom in the particularity with which this prayer is written: not “let us find you mighty to save,” but “let each one….”

I have no doubt that, theologically, the notion of quantum monism that there is a “single reality underlying everything” is true, and my faith assures me that that single reality is God. On the other hand, I suspect that there is more than one “right question” to ask about and of that reality, perhaps as many right questions as there are people. There are some common questions, to be sure, but each one of us has our singular and individual need, and all of those needs, all of those questions, and all of their answers are, perhaps, found together in a sort of spiritual amplituhedron. When we find our question and our answer we will find ourselves together in that space. Our particular individuality will have led us into that community just as surely as our individual personhood develops and finds expression from that community.

Many years ago I was in conversation with a wise and learned monk about the many religions of the world. He suggested the image of an immense crystal sphere at the center of which was … well, in terms of those magazine articles … the single reality underlying everything. Sitting on the surface of the crystal sphere was every person who had ever existed, each looking toward that center and each seeing reality from a slightly different perspective. Those sitting next to one another or within close proximity believed they were seeing the same thing and so shared a religious vision, those sitting further away saw and shared a different vision. Those somewhat near one another might appreciate but disagree with the visions of others; those on the far opposite side of the sphere would vehemently disagree about what was seen in the center. And, yet, all were looking into the sphere and seeing the same single reality. Perhaps the monk’s crystal sphere was that spiritual amplituhedron.

Each one of us looks into the universe – whether we look inward or outward, whether we look with the eyes of theology or the tools of science, whether we do so in the complete particularity of individuality or with the aid of a community – and each of us seeks to ask the right question, our own right question. The answers are all around us. Perhaps, in the end, there is only one.

[1] Heinrich Pas, Quantum Monism Could Save the Soul of Physics, Scientific American, March 5, 2019

[2] Natalie Wolchover, A Different Kind of Theory of Everything, The New Yorker, February 19, 2019