Walking Away: A Post-Retirement Meditation 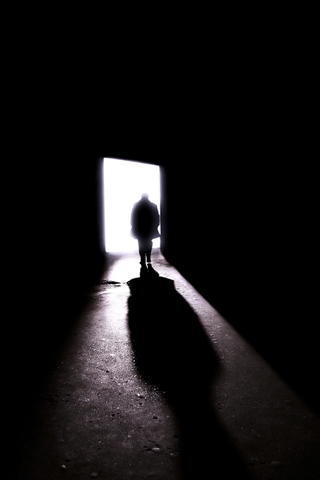 I didn’t intend to walk away from religion when I retired from pastoral ministry, but it is sort of happening.

After decades of writing sermons (and posting most of them in manuscript form on my blog), I thought I would keep up the discipline of reading each week’s Lectionary texts and writing a brief meditation as if I were preaching. “If I were preaching,” I would write . . . and then follow it with some personal reflection on a verse or two from the readings. I’m not a theologian (any more than in the sense that we are all theologians) nor any sort of bible scholar; I’m just a guy who occasionally has some minor insight into the meaning, or at least the application, of Holy Scripture. So I thought this would be an exercise that would keep my faith focused and maybe be of some help to preachers.

I did a couple of those and then I stopped. I stopped for good reason; I had major surgery (total knee arthroplasty) and recovery and recuperation took (and is still taking) nearly all my energy and attention.

I stopped going to church, too. The first few weeks of retirement, my wife and I attended other nearby Episcopal parishes (nearby being a relative term . . . after 16 years of driving less than ten minutes to cover the two miles to church, a 40-minute drive to the nearest congregation doesn’t actually seem “nearby”). Then we visited family in another state. Then the surgery . . . and Sunday morning TV. I have on several earlier occasions commented on how I have come to understand those who stay home on Sunday morning to read newspapers, sip coffee, and watch Sunday morning television. I have found it much more restful, much more in honor of the sabbath prescription, much more spiritually uplifting than most Sunday morning experiences at church.

No longer burdened with the ministry of overseeing other people’s Sunday morning religious experience, I have tried (when attending church services) to relax into the experience of being a congregant. It’s practically impossible! My wife, no longer participating as a chorister or a eucharistic minister, has found the same.

Architecture, hymn choices, tones of voice, pronunciation of names, ritual gesture, the staging of choirs, inexplicable delays, inexplicable rushing, rubrics ignored, sermons with no point, sermons with too many points, announcements turned into sermons, prayers turned into sermons, the Peace that has become an intermission, too many people doing liturgical things, too few people involved in liturgical leadership . . . I could fill this page with all the intrusive details that capture our attention and fire our drive-home conversations, all the distractions that keep us from focusing on God, all the stage-craft and priest-craft errors (or, at least, questionable decisions) that leave us wondering what the liturgist’s point may have been. And, worst of all, the thought that for the past 28 years of parish ministry someone has been going away from every service I planned or led making those same criticisms, asking those same questions, wondering about those same worrisome details.

I was asked if I would like to take on a long-term supply gig, several weeks presiding and preaching (and attending committee meetings!) in a congregation from which a long-term pastor was retiring. After initially saying, “Yes, as soon as I’ve recovered from this surgery,” I talked it over with my spouse . . . and had to go back to the person who asked and say, “Sorry, but no.” I came to realize that after two long-term (one 10-year, one 16-year) pastorates, I need more than a few weeks to decompress. I need six months, at least.

I didn’t intend to walk away from religion. I just did. I need not to do that. I need to be intentional about it. I need to walk away from religion as a conscious choice, not simply as something that happened while I wasn’t paying attention. I need to be purposeful about ignoring architecture and rubrics and hymn choices and the liturgical decisions of worship leaders with other agendae and other sensibilities than mine.

I need to walk away on purpose. Not from faith, mind you, but from religion. On purpose. For a while.