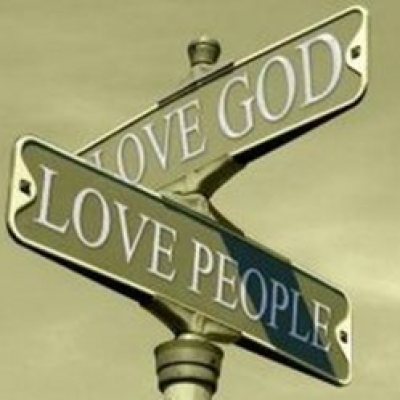 So, for example, you have the Agta, a hunter-gatherer people of the Philippines whose language, according to anthropologist Thomas Headland, includes 45 verbs for fishing and 14 verbs for hunting, but no generic verb for either. “Thus, one cannot simply say, ‘I’m going hunting’. Rather, you must state one of the fourteen specific verbs for the action, depending on whether you are going alone or with another person, using dogs or not, lying in ambush for game or walking as you hunt, whether you are going at daytime or night, whether you lie in with for game up in a tree or on the ground, etc.”[1]

Similarly, linguist K. David Harrison, in his book The Last Speakers reports that the Yupik people of Alaska who hunt and fish on Arctic ice floes “identify and name at least 99 distinct sea ice formations.”[2] And The Scots Thesaurus claims the Scottish have 218 different words to describe rain and fog.[3]

Drawing on this notion, Australian philosopher Roman Krznaric has lampooned contemporary society writing: “Today’s coffee culture has an incredibly sophisticated vocabulary. Do you want a cappuccino, an espresso, a skinny latte or maybe an iced caramel macchiato?” Krznaric then observes:

The ancient Greeks were just as sophisticated in the way they talked about love, recognizing six different varieties. They would have been shocked by our crudeness in using a single word both to whisper “l love you” over a candlelit meal and to casually sign an email “lots of love.”[4]

We treat love, he says, as of no more importance than a mug of instant coffee.[5]

That’s not an entirely fair observation, I think; when one looks in the thesaurus, after all, there are at least thirteen strong synonyms for the word love, including affection, devotion, adoration, friendship, and the like. Still, Krznaric is right that we don’t use those words as often as we do the word love, nor do we use the word love with any sort of precision. I’m sure that every one of us here today has heard the schoolyard retort when someone says something like, “I love chocolate,” and another child responds, “Why don’t you marry it then?” That, like my nephew’s apparently contradictory declaration, “I love you but I don’t like you,” illustrates our lack of linguistic variety with regard to so important a concept as love, something that Jesus in today’s gospel lesson puts right at the center of our religion.

In today’s reading from Mark, we are at the end of a long-running debate Jesus has had “in the temple, [with] the chief priests, the scribes, and the elders,”[6] which has included representatives of the three major political parties: the Herodians, the Sadducees, and the Pharisees. First, they challenged his authority, in answer to which he challenged them about the baptism preached by his cousin John.[7] Then, he told them the parable of the vineyard owner and the wicked tenants, in which they saw themselves as the disobedient and the possibly excluded.[8] So they tried to trick him with a legal question about paying the Roman head tax, only to have him turn the tables on them.[9] Then some of the Sadducees try to trip Jesus up about the afterlife with that fanciful story of the woman who outlived seven husbands.[10]

Finally, along comes a Pharisaic theologian (Mark calls him a “scribe”) who questions Jesus about the Commandments, asking, “Which is the most important?” Jesus does not, interestingly enough, refer to the Ten Commandments (which are found in Exodus 20 and Deuteronomy 5). Instead, Jesus goes, first, to the sixth chapter of Deuteronomy in which we find (in verse 4) the basic creed of Judaism, the Shema: “Sh’ma Yisrael Adonai eloheinu Adonai ehad” – “Hear, O Israel: The Lord is our God, the Lord alone.” The very next verse contains the words Jesus quotes: “You shall love the Lord your God with all your heart, and with all your soul, and with all your might.”[11]

Then he turns to Leviticus 19 which is part of what is known as the Holiness Code. This chapter specifically focuses on neighborliness and sets forth a bunch of common sense rules for living in community: when you harvest don’t strip your fields or your vineyards bare, leave some for the poor who live by gleaning; don’t defraud one another; don’t steal; don’t deprive an employee of his wages; don’t mistreat the deaf or the blind; don’t slander; don’t hold grudges or take vengeance. All of which is summed up in the words Jesus quotes: “You shall love your neighbor as yourself.”[12]

Like Greek, Hebrew has multiple words for love, but the word used in both verses quoted by Jesus is ‘ahabh. This word, according to one venerable lexicon, connotes “a strong emotional attachment to and desire either to possess or to be in the presence of the object” and is very much like our English word having multiple values and multiple meanings. It can be used of the love between human beings, of human love for God, or of the human appetite for objects such as food or drink, for rest, or even for wisdom.[13]

Orthodox Christian theologian Cezar-Paul Harlaoanu argues that, as used in these commandments, ‘ahabh does not describe primarily an emotional state, but more an intellectual exercise and an effort of the will. ‘Ahabh love, he says, is an activity of the whole person.[14] Perhaps this is why, throughout centuries of commentary, Jewish rabbis have emphasized deeds rather than feelings as the primary means of fulfilling these ‘ahabh commandments. They demand much more than mere emotion; they mandate appropriate actions. Bible scholar Darryl Tippens says that the ‘ahabh commandments “call the faithful to . . . [treat] others with extraordinary kindness, mercy, and love. Because the Creator is loving and just – defending orphans and widows, loving the chosen people and the alien alike – the people of God are directed to do the same.” In a word, the ‘ahabh commandments direct us to “imitate the character of Yahweh”[15]

Jesus, no doubt, quoted the original Hebrew when answering the scribe. Mark and the other evangelists, however, were writing the Gospel accounts for a Greek-speaking audience, so they needed to translate these quotations from the Hebrew Law. And, fortunately, that had already been done: a translation of the Torah known as The Septuagint, which means “the translation of the seventy,” had been in use by Greek-speaking Jews for a couple of centuries.

Legend has it that 72 rabbis, six from each tribe of the People of Israel, were commissioned by Pharaoh Ptolemy the Great in the 3rd Century before Christ to translate the Hebrew Scriptures and working individually they each produced identical translations. Whether that miraculous story is true or not, the Greek word used in The Septuagint to translate ‘ahabh is agape, one of those six words philosopher Krznaric relies on to argue the centrality of love as a Greek social value.

Agape, unlike the other five Greek words, does not describe an emotion; it is not about feeling. Agape is an act of the will characterized by faithfulness and commitment; the essence of agape is benevolent resolve and compassionate action. It is a determined but joyful intention to put the welfare of others above our own, and those “others” not limited to those of our own religion, community, or nation. As Jesus made clear in the parable of the Good Samaritan, our neighbors include those who are radically different from us.[16]

The Hebrew ‘ahabh, quoted by Jesus, expresses not a call to feel good but a call to act with justice; this is underscored when the rabbis and the Evangelists translate it with the Greek agape. As Prof. Tippens writes, “It is not too much to say that because agape envisions a radically different way of relating to people across racial, ethnic, and religious boundaries, it serves justice implicitly, if not explicitly.”[17]

I don’t really think it is. I do think, however, that the fact that we have so many words for coffee demonstrates that we do know how to make distinctions in kind and quality.

So . . . when we hear our English-language version of Jesus quoting the ‘ahabh commandments – “Love God. Love your neighbor.” – we need to exercise that faculty. The call to agape does not require us to be all warm and fuzzy, mushy and emotional. It does not demand that we like God or our neighbor; Jesus is not saying that we have to make either God or our neighbor our BFF (“best friend forever”). In fact, like my sister-in-law supervising her son’s homework, the ‘ahabh commandments require us to do things we may not find easy, with people we may not like, and in circumstances we may find decidedly frustrating.

Putting the ‘ahabh commandments, putting agape at the center of our faith, Jesus is telling us to perform acts of faithfulness and commitment, to do deeds of goodwill and benevolence, to embody concern for the other, and – most of all – to do justice. It doesn’t come naturally; we have to work at it and we may often be frustrated, but (as the Australian philosopher said) it’s a lot more important than a mug of coffee. Amen.

This homily was offered by the Rev. Dr. C. Eric Funston on October 31, 2021, the 23rd Sunday after Pentecost, to the people of St. Timothy’s Episcopal Church, Massillon, Ohio, where Fr. Funston was guest preacher substituting for the Rev. George Baum, Rector of the parish.

[4] Krznaric, Roman, Have You Tried the Six Varieties of Love?, Sojourners, December 5, 2013, online

[15] Tippens, Darryl L., Love Calls Us to the Things of This World: The Pauline Tradition and “The Law of Christ”, in Agape, Justice, and Law, Cochran, Robert F., ed., Cambridge University Press (Cambridge, UK:2017), page 38.